The idea of using the unlicensed spectrum to broadcast Wi-Fi over greater distances is gaining some momentum with a number of startup acquisitions by major players looking to shake things up. AT&T bought out the Wi-Fi service provider Wayport in 2008 and T-Mobile stepped into Wi-Fi calling with a new service too.

Most of the licensing attention has been squarely focused on buying up access to the licensed spectrum in the USA including the ongoing AWS-3 spectrum auction with bidding up to a total of $45 billion already submitted. 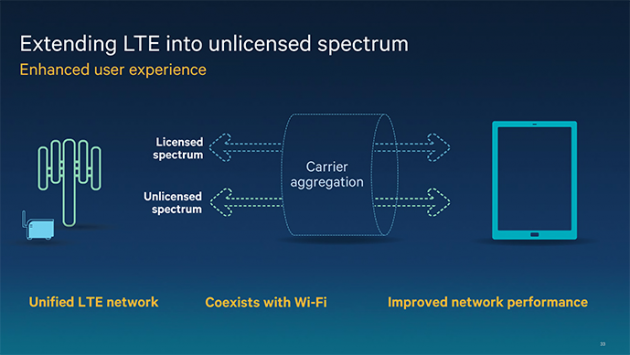 Unlicensed radio waves are picking up interest with some dubbing them “4.5G” (which is also being used across the pond in the UK for LTE-Advanced, which is standard 4G LTE technology by in a high category with faster future speeds). There is even no logo for 4.5G and yet the likes of Ericsson are releasing press statements referring to it in association with Wi-Fi.

T-Mobile US and Ericsson have announced that they will be running a trial for what they refer to as License Assisted Access or LAA which will utiltize the same 5Ghz band that is part of the dual-band used with 2.4Ghz for Wi-Fi access. Mainly devices still use the overloaded 2.4Ghz band because too few devices even have dual-band capabilities, particularly routers, and so the 5Ghz remains mostly unused.

T-Mobile CTO Neville Ray commented that: “Licensed Assisted Access (LAA) is a new and emerging LTE technology that shows promise by combining licensed and unlicensed spectrum more seamlessly.” He further notes that LAA will combine the efficiencies of the LTE bands and Wi-Fi technologies on the unlicensed band for greater performance. 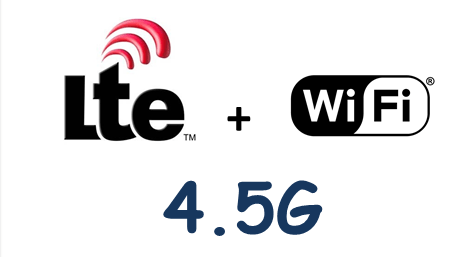 The partnership between Ericsson and T-Mobile makes sense for them because the carrier needs hardware partners to test their network with. LAA has been added to Ericssons' small cell portfolio, as it refers to it, grouping it along with other shorter range broadcasting technologies it is trying out.

One potential upside for the carriers is that by trying to harness existing unlicensed Wi-Fi frequencies, they are essentially piggybacking off of existing Wi-Fi while still providing a mobile service which presumably they can charge still for. This helps the carrier keep a larger portion of the growing bandwidth use in and out of the home while still being able to monitor traffic and usage patterns all of which have value to them.

Several other companies like Huawei, Nokia, NTT DoCoMo and Qualcomm are all looking at ways to combine LTE technologies with the 5 Ghz unlicensed band. They have dubbed this effort LTE Unlicensed or LTE U. The 3GPP standards authority are actually looking at creating an approved standard for this to try to create some guidelines for all carriers to follow in order to remain compatible with each other.

Google is also looking to get access to the 3.5 Ghz band via a request to the FCC following their buyout of Alpental Technologies which has a focus on cheap wireless communication led by some former Clearwire engineers. Preston Marshall, formally of DARPA, is a spectrum expert that Google have also brought in, as well as the former head of Google Fiber, Andrew Clegg.

The push and buzz about The Internet of Things home automation concept is a buzzword that is gaining interest as the number of products available to connect up wirelessly in the home grows and interest along with it.

The use of different wireless technologies is not as unusual as it may seen. Just think of Nest, the Google buyout home automation and innovation specialist, which uses the 802.15.4 low-rate wireless personal area networks (known as LR-WPANs) with IPv6 for home connectivity to avoid creating conflicts with the existing Wi-Fi signals used in the home.

Samsung is also working on its next generation of Wi-Fi to supersede 802.11 ac but this is not expected to become available for at least a couple of years to T-Mobile will have to use the existing Wi-Fi technology to make the system work.

How does Google know it's your birthday Today and how does it celebrate it?
on 27 March 2014