A Big Technological Misconception: "Wi-Fi" Does Not Mean "Wireless Fidelity"!

Wi-Fi has become something as necessary as our mobile phone itself. But what does the term “Wi-Fi” mean? If you believe that it is an acronym for “Wireless Fidelity”, then you’re just plain wrong, since Wi-Fi does not mean anything.

The term "Wi-Fi" is just a brand- a term that has been established to describe the IEEE 802.11x standard.

The story is as follows: 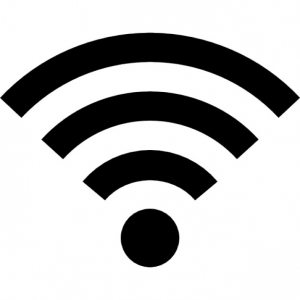 In 1999, some of the industry’s leaders decided to create a nonprofit organization with the purpose of “establishing a globally accepted standard for the high quality wireless local area network.” The consortium, which was titled “Wireless Ethernet Compatibility Alliance (WECA)”, had as one of its first tasks to find a name for the really not-catchy “IEEE 802.11”. So, the term Wi-Fi was coined, through a list of names proposed by the company Interbrand that was hired just for this reason. Other names among Wi-Fi were Skybridge, Torchlight and Flyover.

The words “Wireless Fidelity” did not appear in any of the first meetings, even though at first many believed that the name Wi-Fi was acronym for that phrase, and this misconception was spread so much that everyone started using it, mistakenly- even industry leaders, giant companies in their press releases, even Wikipedia itself. In fact, the misconception seems to stem from the fact that for a brief period in the early days of the Wi-Fi Alliance there was a subtitle which contained the words Wireless Fidelity that was added as an attempt to help users understand what the new unknown term used to mean. But it was removed very quickly, however the interpretation remained for a long time on the lips and pens of many people.

Wi-Fi however, is a word by itself and does not mean anything. The correct way to write it is as you see it in the article- Wi-Fi, with a capital “W” and “F”, plus a “ - “ in the middle, even though WiFi is commonly used as well. Now you know the whole truth!