iOS 8 is scheduled to be showcased this summer and released later this fall, is codenamed Okemo, and one of the major features could be the Healthbook application designed to monitor users fitness activity and health data gathered from the iPhone 6 and iWatch accessory. It will feature Passbook interface divided into tabs to track and store fitness statistics, such as burned calories and walked miles. With the help of the Healthbook users will be able to keep track of their weight loss, blood pressure, hydration levels and potentially blood related data points, for example, glucose levels. 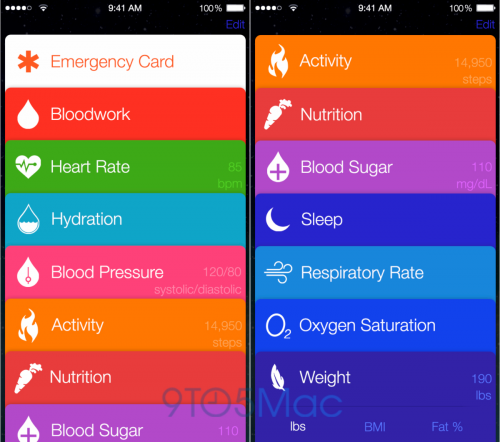 On Thursday, 9to5mac published a comprehensive roundup of iOS 8 new details where Healthbook is in the spotlight. Healthbook will reportedly provide a visual representation in the form of graphics and charts to enable users track blood pressure, blood sugar, sleep, nutrition, oxygen saturation and weight loss. There will be several tabs to track physical activity in a streamlined and comprehensive manner gathering data from hardware and accessories. For example, the weight tab will be able to track not only user’s weight but also fat percentage and BMI. In addition, tabs will feature graphs and charts where users will be able to track their progress over daily, weekly, monthly and even yearly views. 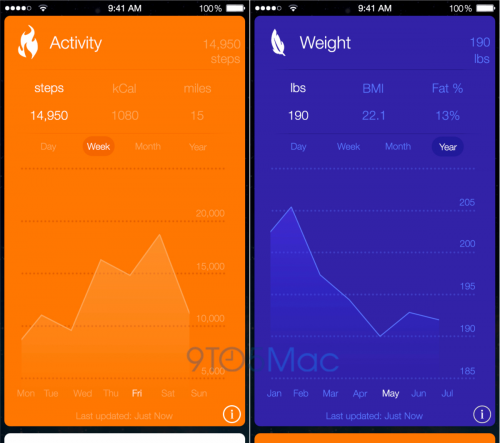 There is one more very important feature in the Healthbook, which is the Emergency Card tab. It will feature a single card that would display critical information about the user for those instances when emergency technicians and hospitals need vital information about their patients, such as age, name, blood type, emergency contact information, weight, medical prescriptions, organ donor status and allergies. 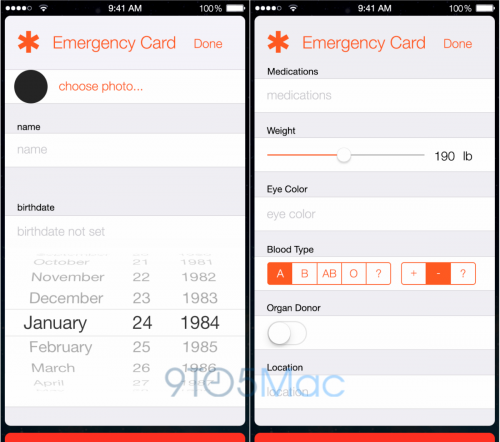 Apple is reportedly working to redesign bug-haunted mapping software to release a fully fledged map service that would compete with Google Maps as equal. The updated application is reported to retain the iOS 7 interface, but updated with improved mapping data and several new significant features. The latter is represented by the public transit directions, a feature Apple has been working on for the past several years now. Reportedly, iOS 8 Maps application will feature transit functionality for several large cities all over the world, enabling users to find their whereabouts and create routes using buses, trains and subways information, as well as nearby airports. The transit feature in the Maps application will also be available in standard, hybrid and satellite views.

According to 9to5mac, iTunes Radio will come as a standalone application in iOS 8 since it was never popular as a tab in the existing Music app. Making iTunes Radio as standalone app, Apple enables its native app compete with Pandora, iHeartRadio and Spotify. The interface and functionality of iTunes Radio will be similar to those of iOS Music app - users will be able to purchase streamed tracks, create stations based on their preferences, browse history and locate featured stations.

One more significant feature which is reportedly considered for iOS 8 is a voice over LTE support. It is only possible when wireless carriers provide support for voice over LTE, which will significantly improve the quality of the phone calls from the LTE- capable devices. As of now, United States T-Mobile has the voice over LTE network while Verizon Wireless and AT&T are still testing the functionality. 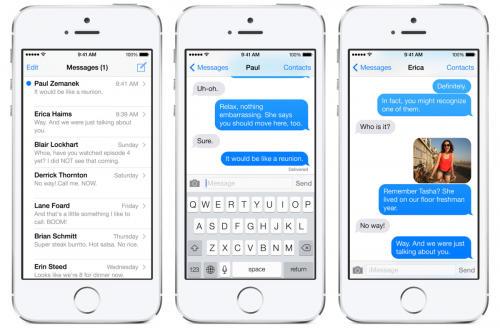 Apple is reportedly adding the functionality that deletes message threads in iOS 8 automatically after a month or year. This functionality will be optional and will prevent iOS device storage space from being clogged up by old messages, a common problem for many users. 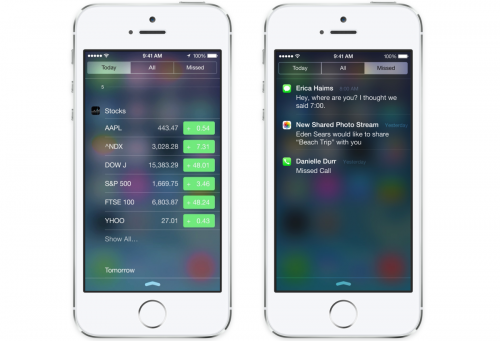 The translucent notification center is reported to become more simplified to display the “today,” and “notifications” views only, instead of “today,” “all,” and “missed” notifications views.

Apple is reportedly developing iOS-compatible TextEdit and Preview applications to enable users view Preview and TexEdit files stored in iCloud, since the iCloud synchronization for these files already exists.

At the same time, the company is working and testing functionality that would enable apps from the App Store to communicate. This will enable applications share data, so that, for example, a photo editing application could push its content for easy upload via Facebook or Instagram.

In addition, Apple is reportedly testing iOS version that improves speed across the operating system and is focusing on some hardware components that would enable faster photo processing. Moreover, Apple is working on iOS 8 capability that would be able to conduct Carplay over Wi-Fi instead of the lightning cable.