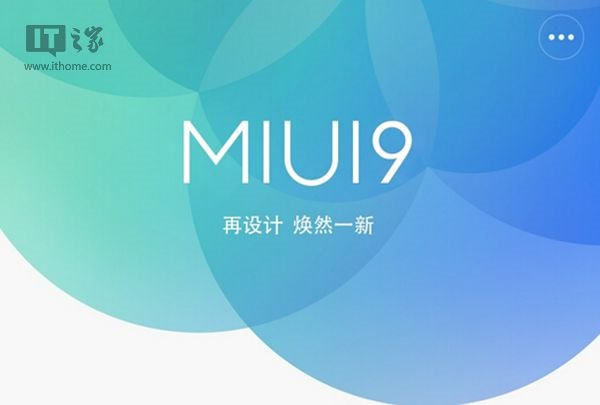 Xiaomi is one of the most popular manufacturers in Asia, with all of its smartphones carrying the widely-known Android OS with the company’s MIUI ROM. Xiaomi had presented the Chinese version of MIUI 8, the latest and most recent version of its operating system last May, along with the Xiaomi Mi Max phablet, while the international version was officially announced in June, accompanied by the release of the Mi Max and MIUI 8 in India.

So, just a few days ago, the international trial version of MIUI 8 became available, with the company promising that the full stable version will arrive this August.

However, Xiaomi posted a teaser of MIUI 9 in the popular website Weibo, even though the previous version has not been released yet. This teaser shows in the most typical way that the company is preparing to get involved with the development of the next version.

Unfortunately, at present we are unable to know the features of the new version, especially if we consider that the company follows a strategy that places great emphasis on ideas submitted by users.

The MIUI 8 promised to bring many new features and further improve user experience, while according to information it will be available for a wide variety of devices, which bear the Xiaomi trademark of course.

#news #android #miui #8 #9 #xiaomi #china #india #teaser
Comments (0)
< PREVIOUS ARTICLE
Sharktivity: The App That Notifies You Of Sharks Near The Beach
NEXT ARTICLE >
Game review:Â  Take over the city in Zombie Island!