Home
Articles
Would You Buy a 12.9-inch iPad Pro?

Excitement is building among professionals who are looking for an iPad that is larger than the 9.7-inch square-like form factor of the iPad. Tempted by the 12.2-inch “Retina Display” beating resolution on the Samsung Galaxy Note Pro 12.2 tablet, business professionals want to see more from the iPad range. 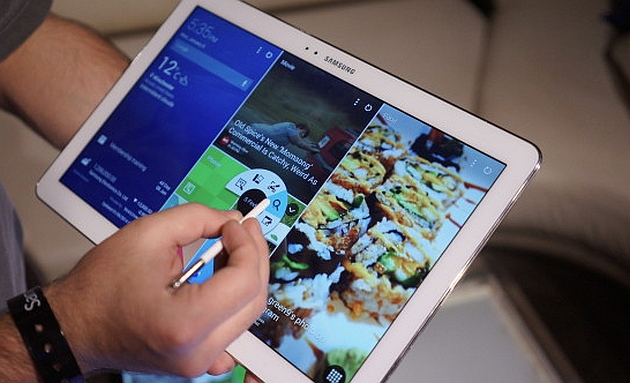 The larger iPad model may not be released until mid-way through 2015 and may be called the iPad Pro. However given the naming convention used with the iPhone 6 Plus, the tablet could always be called the iPad Plus and that wouldn't be too surprising either.

Initially tablet owners were quite skeptical about the appropriateness and usefulness of carrying around a tablet larger than 10-inches but Android tablets measuring 10.1-inches have become commonplace, the latest Samsung Galaxy Tab S 10.5 model is 10.5-inches of glossy display and the Samsung Galaxy Note Pro has a 12.2-inch model.

It seems that there is demand for such a large tablet especially when considering doing away with a MacBook or other laptop and sticking to a tablet combined perhaps with a smart phone and not owning any other computing device besides these. It seems that for people who wish to lay a tablet down flat on a table top and tap away on emails and to produce documents on it, bigger is indeed better.

Furthermore, as phablets become a larger segment of the smart phone market it only seems logical that consumers are offered the choice of an oversized smart phone and with an oversized tablet to go with it if they wish. Apple has finally caught up with this trend via their iPhone 6 Plus sized smart phone which is already too large for some people with small hands to hold single-handedly.

Lack of Business Productivity in the iOS 8 UI

The difficulty will come with the lack of productivity tools that can truly take advantage of the increased screen real estate. If you cannot display two apps side by side or top and bottom on the larger screen then it seems like a waste. Similarly, needing to go back to the home screen to open different apps is not a very productive way to use a larger iPad. A new system of faster app access and multi-screen app technology needs to be included in iOS 8 in order to do more than just offer a larger tablet slate alone.

The Apple A8X processor is the next step up in processor types. It is the big daddy to the Apple A8 processor that was included in the two iPhone 6 smart phones and necessary to power a larger display where more is going on.

Scaling apps up from the iPhone to an oversized iPad Pro would be a challenge and needs a faster graphics processor to achieve that smoothly particularly if the Retina Display HD is introduced with better than Retina Display resolutions which will need a lot of power to drive it.