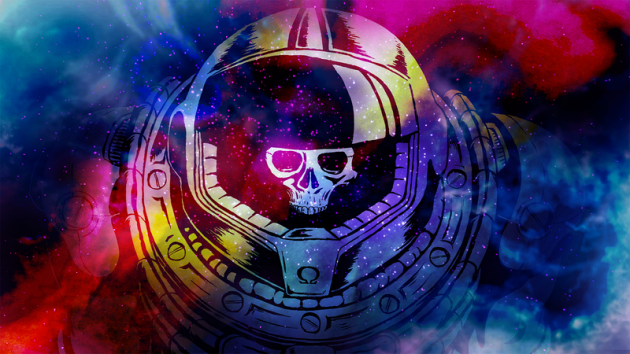 Here at D3k we love adventure gamebooks because

a) they are books, and books are good for your brain;

b) the mobile adventure gamebook is a genre that evolves progressively, and each new release sets yet another benchmark of quality;

c) players of adventure gamebooks are more likely to leave relevant and reasonable feedback on the play store, so you can collect some valuable reconnaissance before you buy;

d) most of them are premium titles, which means you pay once and play all you want, or buy a season pass for an entire content, or play just one or two chapters to see if you enjoy the experience. As a result, you don't overspend on IAPs and know the value you get for your money.

e) adventure gamebooks make a perfect Christmas gift for any mobile gamer appreciating a good read and an engrossing adventure. Another reason to pick an adventure game as a gift is most of them come with a decent price tag, so a bundle of those is always a welcome acquisition for a connoisseur.

Here is our list of some of our favorite adventure gamebooks and puzzlers, but it is in no way exhaustive, so if you want to add something to the list, feel free to join a conversation and leave your suggestions in the comments below. Let's roll!

Classics of the genre on the mobile platform, this bundle comes packed with the three gamebooks from the AAA developer Tin Man Games, and includes An Assassin in Orlandes, Siege of the Necromancer and Slaves of Rema. Fantasy RPGs wrapped in adventure covers, these will keep you entertained for hours.

These gamebooks rely on dice rolling for some crucial parts, but they are ultimately choose your own adventure stories, each with an outstanding art work, gorgeous soundtracks and addictive gameplay. Just make sure you play with headphones and no distractions, and an engrossing experience is guaranteed. The books preserve the analog feel of the page turning, and the looks of the pages, but also add modern day bells and whistles, such as a complex branching out, saved bookmarks, character stats and inventory.

An Assassin in Orlandes takes you to an ancient city where a mysterious assassin murders nobles. You get entangled in a dangerous conspiracy, and your only chance for salvation is in finding the assassin. Siege of the Necromancer tasks you with freeing your once beautiful home town of Myr from a dark presence of otherworldly nature. Slaves of Rema, as you might guess from the title, makes you a gladiator slave fighting for your life, so you will seek a way to escape and unravel another conspiracy that can ignite a huge war.

Since Tin Man Games is an A-lister, we shall allocate more room to its releases, namely Appointment with FEAR, which brings the classic comic book style fantasy fighting action to mobile. This interactive comic book will have you fighting with all sorts of scum, as you choose your own hero, customize its outfits and looks and fight your way to eternal justice against the evil forces of FEAR lead by Titanium Cyborg in your home Titan City. It looks gorgeous if you like comic books art style, and you can fully customize your hero starting with gender, powers and clothes. The book also puts you against nefarious and notorious supervillains like Tiger Cat and Chainsaw Bronski. Besides the narrative-based combat, the game features card collecting elements, and a convenient checkpoint system.

As of now, five episodes of the Fighting Fantasy are available with four more coming soon.

Another hello from the past that got its second life in a mobile gamebook is Joe Dever's Lone Wolf gamebook series with gorgeous art work, turn-based 3D combat, a solid RPG engine. The first episode is available for free and if you like it, you can buy the rest one by one or via a discounted season pass.

You play as the Lone Wolf, the last of its kind of the Kai Lords of Sommerlund, and you have to uncover the sinister secret of the Dark Lords of Helgedad. The game's inventory and skill set as well as upgrade system is complex and will satiate any hardcore RPG gamer. One of its kind, Lone Wolf is a definite hit among the adventure gamebooks in the RPG arena.

My childhood favorite adventure book and cartoon "Around The World in 80 Days" by Jules Verne got a brilliant mobile rendering in this choose your own adventure gamebook from Bulkypix. It first launched on iOS, and just a day ago it landed on Google Play, crossing the great platform divide. My favorite heroes are there, and you play as Phileas Fogg's loyal valet Passepartout. Together, you set out on a journey all over the world, interact with all sorts of techno-fantasy, race through the world's most beautiful cities, uncover mysteries, make new friends and try to outsmart Fogg's adversary. You will have to manage your finances the smart way and find the shortest routes, as well as choose the right inventory for each trip because, as always, your luggage slots are limited.

The 3D globe looks gorgeous as you travel it by air, sea and land on planes, dirigibles, submarines, camels, trains and horses. It is beautiful, entertaining and overall nothing short of brilliant, wonderfully written and performed. 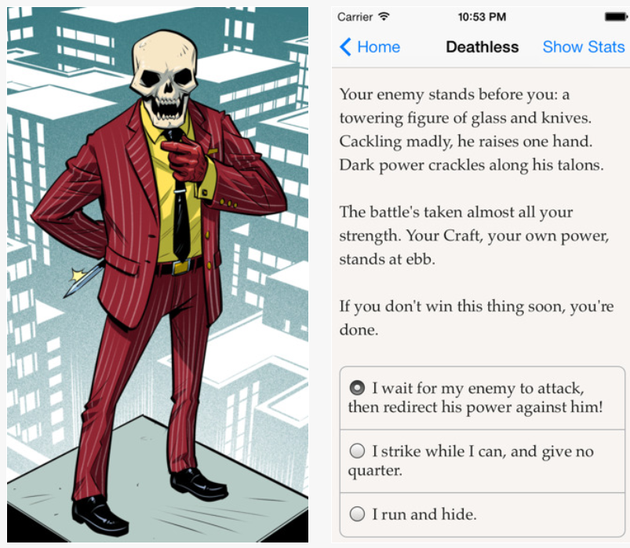 Choice of the Deathless is about how I want to see all lawyers. Dubbed as a 'necromantic legal thriller' by Max Gladstone, it may not be the most handsome kid on the block, with graphic art lagging behind other titles on the list, or rather absent altogether, but it sure brings necessary diversity to the table. You play as a law graduate who is dead, but undead, and you need to win souls to pay your student loan. Does it sound familiar, or what? You work at a demonic legal firm Varkath Nebuchadnezzar Stone, and unless you lose your own soul, you have a chance to become a partner, and even find love.

As I said, there are no illustrations or soundtrack, which is also good because the reader is tête-à-tête with his own imagination – something few titles risk to do these days, unfortunately because people seem to lose that skill. The narrative and choose your path adventure set in a rich fantasy world are engrossing, so you are bound to love it. Mind that the first part is free while the rest is available via IAPs.

Wrapping up our list is a recently released mobile port of a browser game The Last Door. The best way to play it is at 2 am, headphones on, lights off, alone. The last time I remember sleeping with the lights on after reading a horror book was in my early teens after Bram Stoker's Dracula. The only difference is this time, after The Last Door, I did not have rings of garlic around my neck. On a serious note, the adventure is really creepy.

The only thing that can be a turn-off for some of you is the excessively retro pixel art, which sometimes makes you squeeze into the screen to make out things. So, when the developers say it's low-res, trust me, low-res it is. However, it may be the right thing to make things even creepier and add suspense.

The adventure is set in Victorian England, when the protagonist receives a letter from an old friend, and goes to an abandoned manor to uncover a ghastly mystery he will wish he'd never have known. The game is full of mysticism, cryptic puzzles, suppressed fears and memories of a long-buried skeleton in the protagonist's closet. At the end of the day, some doors are better left unopened.

The first chapter is free while the rest come at a single $4 IAP. The mobile version is currently available in English and Spanish only.

Go for Part 2 of our adventure gamebooks for mobile devices series.