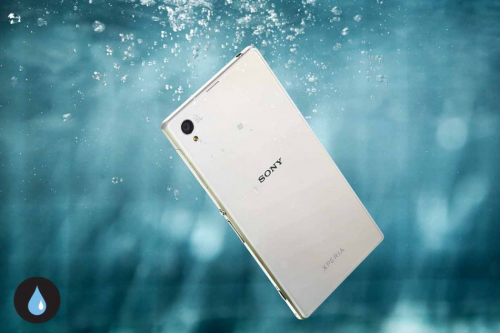 Sony is looking to stake its claim in the smartphone and tablet markets with the introduction of the new waterproof Xperia Z2 tablets and smartphones. These Android-equipped devices will be capable of recording video in 4k resolution and will have new noise cancellation features that makes for better VoIP and video calls.

However, perhaps the most impressive advantage of the Z2 devices is that they are protected by an incredibly effective waterproof casing. In fact, you can even use both the smartphone or tablet versions to take pictures underwater (i.e. - while snorkeling), or safely watch your favorite Netflix shows in the jacuzzi (if that's what you're into). The cool thing about the waterproof casing is that it is not just designed to protect from accidental spills - it can actually handle being fully submerged.

Aside from being the perfect electronic companion for a scuba diving trip to the Bahamas, the Sony Xperia Z2 smartphone could give the Samsung Galaxy S5 a run for its money in terms of display quality and media capturing. In addition to a 4k resolution screen, the Z2's also make use of Sony's proprietary color enhancement technology that drastically improves contrast and sharpness by using pixel rendering software to optimize the display's full potential.

Sony has some considerable experience in the display/screen manufacturing industry, having been a giant in the TV sector since long before the introduction of HDTVs. As such, other smartphone and tablet manufacturers like HTC and Samsung could have a tough time catching up with Sony when it comes to producing screens that can stand out as much as the Z2's.

Sony is calling the Z2 the lightest and thinnest tablet on the market, yet despite its compactness it has has an all-glass look and feel that make it seem much sturdier than most other devices that have more of a plastic feel. Still, the super slim and lightweight design can also make the devices feel easy to break, even though they've both done exceptionally well in durability tests.

Sony is also stepping their game up in the picture-taking department, with Z2 tablets and smartphones featuring an impressive 20-megapixel camera that is capable of capturing video in 4k resolution. The new camera seems to do better than the Z1's overall, especially in low-light conditions. Sony has also included a long list of filters and editing tools that make quickly touching up your photos and videos a simple and enjoyable process.

Initially, the Z2 tablets and smartphones will only be available in select markets, the first of which will be Canada in May of this year. After that we'll probably have to wait until late 2014/early 2015 to see it hit the U.S. and global markets. Both the tablet and the smartphone version should debut within the same price spectrum as their leading competitors.

The smartphone Z2 is equipped with a powerful 2.3 Ghz quad-core Snapdragon processor that is guaranteed to facilitate the highest level of responsiveness. Apparently Sony is not depending solely on the merits of the Z2's eyecatching display, as performance and speed also seem to be key factors in this new round of mobile computing devices.