Home
Articles
Robin Williams: His life as a gamer and Blizzard's tribute to him in WoW

Robin Williams: His life as a gamer and Blizzard's tribute to him in WoW 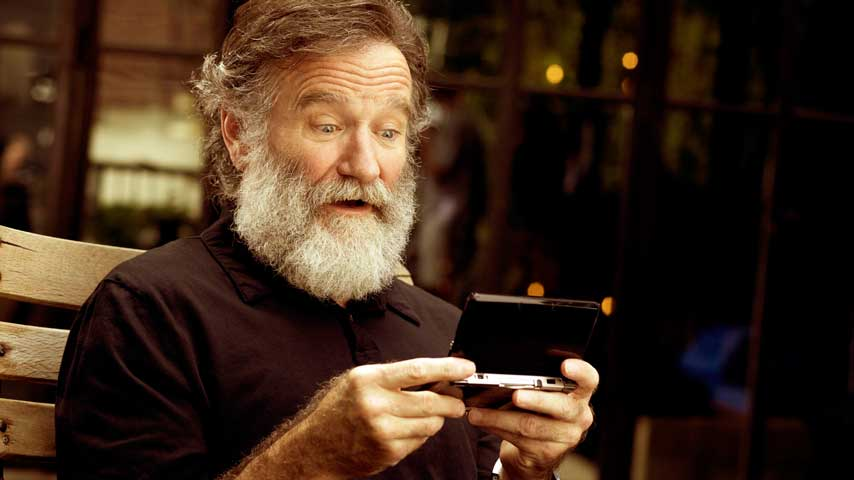 Only a few days have passed since Robin William’s death, an actor that always made us laugh. He was a hardcore gamer and after passing away, World of Warcraft fans decided to sign a petition and ask Blizzard (the developer of the game) to add an NPC (a Non-Playable Character) in the game in order to memorialize him, since Robin himself was a big WoW fan and player.

Robin Williams as a gamer

Apart from his role as a comedian, that most people know him for, he was also a gamer- and not an amateur one, either. In fact, his named his daughter Zelda after the homonymous character in the popular game franchise The Legend of Zelda. Robin Williams and Zelda Williams even appeared in Nintendo ads promoting the 3D reboot of The Legend of Zelda: Ocarina of Time and Skyward Sword. You can watch the ads below:

They would also enjoy discussing the games, as seen in the video below:

He also named his son Cody, after Cody Travers from the beat-‘em-up game Final Fight produced by Capcom (initially in 1989 as an arcade video game).

His life as a gamer was quite interesting. He loved playing first-person shooter games, mainly Battlefield. In 2005 he was asked what he was playing, and his response was “Battlefield 2 – the “2” stands for 2 in the morning”. Of course, a gamer like him wouldn't lack experience in games like Counter-Strike and Call of Duty; his friends would often hear about his teenage opponents and how he used to talk trash about them. Half-life 2 was another one of his favorites as well; in Electronic Entertainment Expo in 2003, after seeing it for the first time, he said “It's like you've been seeing two-dimensional and now you can see 3-D. It's incredible.”

In his interviews he was always open to discussions regarding video games. When he appeared in Jimmy Fallon’s Late Night with Jimmy Fallon (2009), he humorously said to Jimmy “That’s when you realize you have a cyber-addiction problem. How are you doing? I need a joystick.”

About 10 months ago he made an online AMA (Ask Me Anything) appearance in Reddit, where he shared his opinion on several games, including Portal, which he described as “great” and “insane”, and Call of Duty, about which he specifically said that “I don't usually play online, because getting my ass kicked by an 11 year old is very humbling!”. He also stated that the best Legend of Zelda game is Ocarina of Time. In a question that he was asked if he was into the Warhammer game as rumors had it, he replied “I have several Warhammer armies. But I have never actually played the game. Specifically, Warhammer 40K.”

Williams was also an Xbox fan who was eagerly waiting for the Xbox One to fall in his hands. “I'm looking forward to the next Xbox. I can't imagine the graphics being any better. It will be like these characters are living in your house. I'll have to be doing duck and cover just to get to the bathroom!”. He didn’t bash Wii U and PS4 however, jokingly saying that he hadn’t tried them out yet and he would check into the cyber wing at Betty Ford (a rehab clinic).

The Tribute to Williams in World of Warcraft

Robin Williams was a big fan of Blizard’s games. He loved and completed Warcraft 3 when it came out in 2002 and used to be a player of World of Warcraft. Now, without much thought, Blizzard decided to return the favor by listening to the voices of its fans and adding a tribute to Robin Williams in-game.

More specifically, the fans made a change.org petition and requested Blizzard to add an NPC in the game in honor of the great actor. It was also suggested that the NPC would perform Williams’ best jokes so that he would make people smile long after his passing. It gathered about 11,000 sigs and Blizzard responded quickly to the petition via Twitter:

.@robinwilliams Thank you. You gave us so much joy in our lives, and we hope you enjoyed your time in our world. We’ll see you in-game.

That’s it then… although it’s not exactly clear how, we’ll see Robin Williams in-game. A great way to honor a great actor and a hardcore gamer.


The Reddit thread is very interesting. Thanks for that.
< PREVIOUS ARTICLE
Google Glass Can Be Used To Steal Your Passcodes
NEXT ARTICLE >
How to Update your CPU/GPU Drivers