Check out our list of Top 5 Creepy Mobile Games That Kill The Human Kind.

How Possible Is the Nuclear War?

A nuclear war is viewed by most Americans as something out of a sci-fi movie industry, with the chances of it actually happening close to 0. However, when you look at the amount of post-Apocalyptic scenarios in the cinematography, literature and gaming, you might notice the nagging and creepy persistence these subjects resurface time and time again in the works of the best artists. Already, there appear projects like Hieroglyph, that urge sci-fi writers cooperate with scientists to create a brighter image of human kind's future and the positive role of technology in it. Scientists warn that the multitude of apocalyptic scenarios shape the direction we move, and it's nowhere we want to be.

Shifting from mobile gaming to reality, the U.S. Congress approved a Russian Aggression Prevention Act, which basically preps the U.S. to a war with Russia, and it does not take a scientist to tell what happens when two nuclear states collide. Think about it – this is the reality today, and we continue to play mobile games, oblivious to the fact they make our understanding of what is wrong and right go numb.

First Strike Makes It Happen On Your Mobile Device

You choose a nuclear nation you want to be the leader of, and start developing its potential. Your first five decisions would influence five countries, your potential allies or enemies - build nuclear arsenal, build cruise missiles that intercept nuclear missiles, grow a country's territory, increase strategic capacity, launch a nuclear strike, or advance technological development and potential.

Each decision takes time to come into effect, and a cool-down period, so once you make it, you will have to wait. This comes with benefits and hidden dangers. On the one hand, you will be able to monitor other nuclear nations' activities, and keep an eye on your allies and foes just in case they side against you and launch an attack before you are ready.

Decisions you make have consequences - choose to expand your territory and at some point you might find yourself incapable of handling a multinational country torn apart by conflicts, which does not let you take advantage of the territory to place nuclear bases closer to your enemy lines.

Each match takes about 30 minutes, during which you will feel completely absorbed in the intense and dramatic strategy. 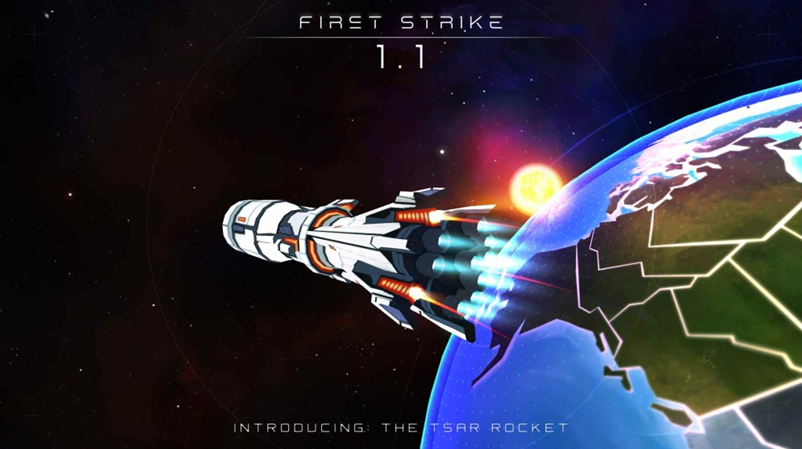 First Strike is full of exploration - the game's UI let you do the job of figuring out what to do next, but the latest update brought a slew of new features that make it a tad easier. For example, there is the new Tactical Highlighting System that lets you see the breakdown of world's nations and their relations in terms of friend or foe. The systems facilitates planning and analyzing of your alliances significantly.

Goals Menu located in the Selection Screen lets you keep track of your achievements and set goals, advancing to the aspired 100% completion. Fast Forward System lets savvy players speed up the initial stages where you would normally have to wait for the actions to complete.

We will see more updates with Orbital Lasers, Capital Nations and Nuclear Submarines some time soon, according to the developers.

First Strike is by far one of the most apocalyptically gorgeous visual experiences available on mobile platforms, but you can see that from the screenshots and the trailer. The all 3D UI paired with awe-inspiring planetary views and gorgeous realistic weapons create an intense atmosphere unlike anything you've ever experienced in a game.

Human lives are reflected by dehumanizing and faceless numbers that skyrocket after a strike, and all you see is the billions counting on your death toll monitor. You might feel awe, provided there is a human nucleus in your system of right and wrong coordinates, but don't tell me the game is fun because it makes you nuke down entire countries, or the whole world. 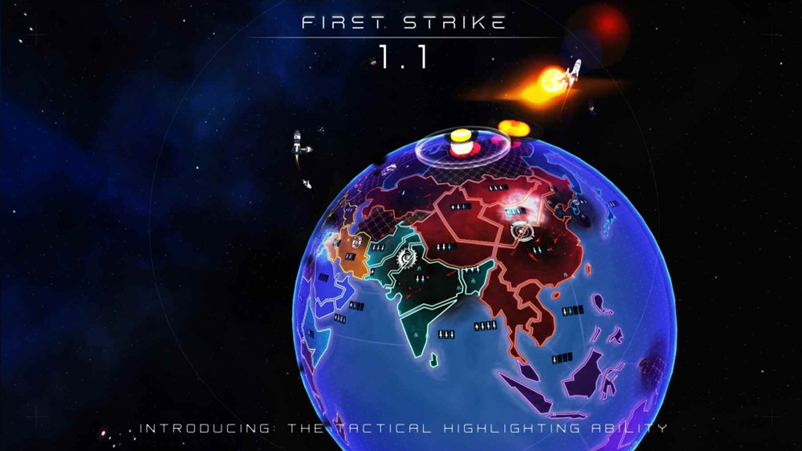 I hate to admit it, but there is a creepy beauty in nuclear weapons depicted in the First Strike. Weapons-wise, it's an arsenal of Armageddon - besides regular and nuclear missiles, it offers some impressive superweapons, such as the giant TSAR, which is the biggest rocket humans ever built. It is not super-speedy, but it is nearly impossible to intercept, and its destructive potential scales to entire continents. When you launch a TSAR on your enemy, they only have a small chance of intercepting it by hitting it successfully for at least five times in a row.

The sleek and lightweight Stealth Bombers, on the other hand, are super-fast and nearly impossible to shoot down due to their speed and maneuverability. The can drop a nuclear bomb on your enemy, come back to recharge and hit again almost immediately, without requiring much maintenance. 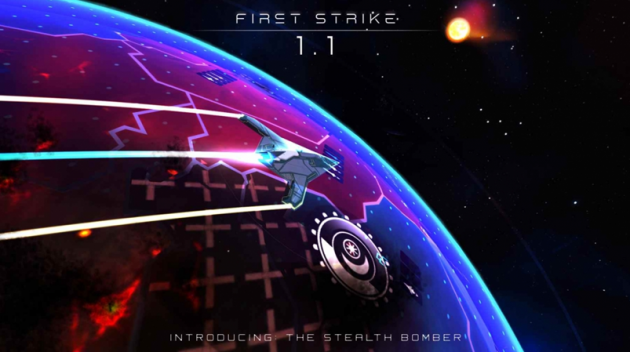 First Strike tasks you with nuking down real countries in the realistic conditions of modern world. Everything about this game is realistic, intense, visually polished and dazzling, and desperately terrifying. It is a complex yet accessible strategy game for the fans of the genre, and if you feel you have the guts to enjoy the creepy experience, have a go and destroy humanity because, inevitably, you will cause a mushroom-like blast somewhere in the world. The sinister and deep experience might open your eyes to how fragile this little blue planet actually is.