Home
Articles
How To Find An Unknown Symbol By Drawing It

How To Find An Unknown Symbol By Drawing It

How many times has it occurred that you see a sign somewhere, don’t know its name, and is difficult to type so as to see its meaning? In this guide, we will present Mausr, an online application which allows you to recognize an unknown symbol, simply by drawing it.

A keyboard allows you to enter commonly used symbols, such as “@” and “&”. These symbols are quite popular and usually most users know how to use them.

However, the same can’t be said for less known symbols, such as symbols used in mathematics. In fact, typing them is even harder than remembering their names. 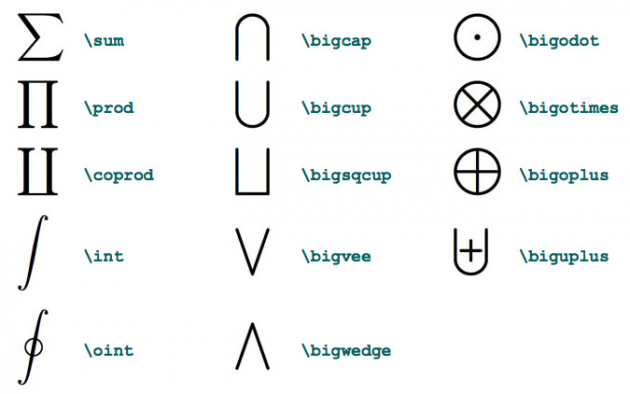 Text editing applications, such as Microsoft Word, make it relatively easy to insert unknown symbols into text. In this particular application, you can simply click on the “Insert” tab... 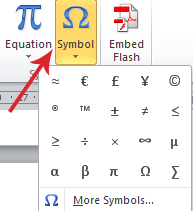 There are also applications which do not allow inserting complex symbols, such as a browser, for example, which only supports typing simple text.

In these cases, typing an unknown symbol becomes more complicated. And if you don’t know the name of a symbol, then it will be even harder to insert it.

Mausr is an online application which can give a solution to this problem. The only thing you have to do is draw the symbol on a box, and the application will automatically recognize it and let you know which symbol it is, and what it means.

You don’t need to draw a single symbol immediately either, since you can make several drawings, one by one. Then the application will continuously refresh the symbol as you draw. At the end, this will give you several options, based on your drawing.

Thus, after you draw the symbol and select the correct one from the available options, you can easily copy it and paste it anywhere you like.

Mausr can be used in mobile devices as well, so by using a stylus or even you finger, you can draw the symbol you wish the application to recognize.

Maus includes 100 Unicode symbols in its database, hence it can define only symbols included in this list. 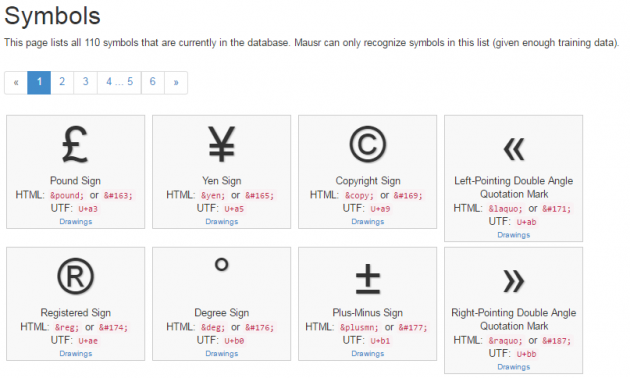 Mausr is an open source application, and you can see its source code in this Github repository.

Additionally, you have the ability to see many blueprints of symbols, which prompt to their final, “correct” versions. 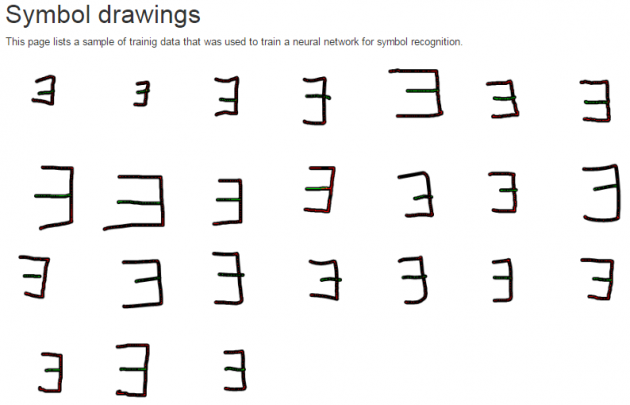 Here you can find a sample of training data, which was used to train a neural network for the recognition of symbols.

And in this page, you can view train details of the neural network used for the recognition of symbols. 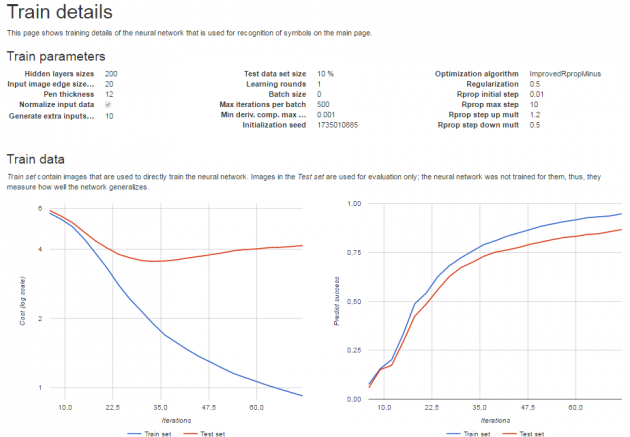 As we mentioned previously, Mausr uses a neural network to recognize the symbols. However, the neural network must be trained correctly in order to make accurate recognitions.

Since such a network have a computational intelligence, the more symbols it is taught, the better and more accurate its recognition abilities will be.

Under these circumstances, the creator of the app Marek Fišer, gives the chance to anyone to train the neural network into recognizing symbols, so that its abilities are improved.

This way, you can go through a series of training sessions of unknown symbols in order to improve the application’s functionality.

Below there are some instructions provided by the creator to anyone who wishes to help:

Every time you draw a symbol, you can add it to Mausr’s database.

However, keep in mind that if you can’t really draw a symbol, then it’s better to skip it, since it can mislead the application.

More from the developer

Mausr, as you saw, is a very simple and useful tool for the recognition of unknown symbols. In fact, it is an open source app, and you can contribute to the better recognition of symbols.

The post-graduate student of Purdue’s university, Marek Fišer, who is behind Mausr, urges users to see more of his creations.

More specifically, through his personal website, you can see more, interesting projects of his, as well as a very interesting image gallery.

Searching for a symbol using Google

Another way of searching for an unknown symbol is via Google images.

It should be mentioned that this method mainly helps in image recognition, but you can say that symbols are images, in a broader sense.

Of course, the identification is difficult and quite often, unsuccessful. But if you do not have another solution, you can give it a try.

So, if you have isolated an unknown symbol in a picture, you can look for it easily- however, luck is definitely required in case you want to get a good result.

If you know techniques about searching for unknown symbols, then let us know in the comments section below!