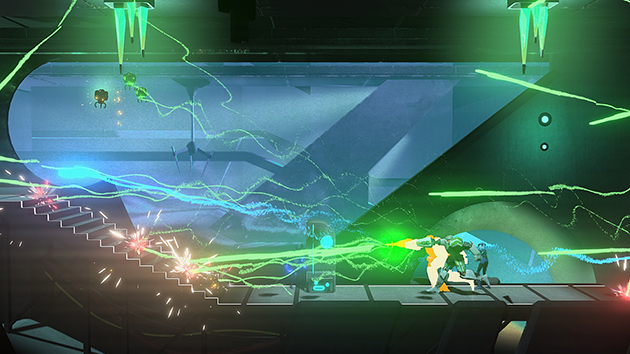 The 2.5D action-adventure game named Headlander, which is developed by the well-known Double Fine Productions, will become available on July 26 for the PlayStation 4 and PC.

Along with the release date’s announcement, the following story trailer was released as well:

Headlander takes place in a retro-futuristic dystopia inspired by television series and movies of the 70s, like Logan's Run. In there, all of humanity have transferred their minds into the... cloud, with individual people having abandoned their bodies and living in robots, which they use to carry out necessary works and fulfill their materialistic needs. However, the control of the robots, and subsequently, people’s consciences have been despoiled by an evil artificial intelligence named Methuselah.

The player has the role of the last organic head in the universe of Headlander, occupying the enslaved robot-people trying to liberate them from the tyrannical monarchy of Methuselah.