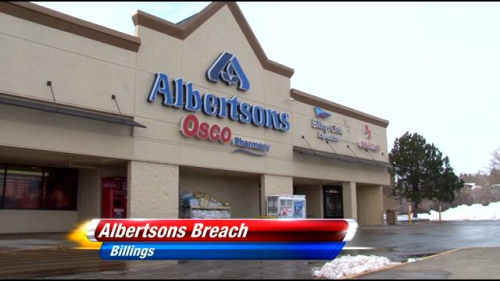 Friday morning two of the nation's largest supermarket chains - Albertson's and SuperValu - announced that hackers had compromised their security networks to access the credit/debit card information of an untold number of consumers.

The massive breach reportedly affected their umbrella stores as well, which include Albertson's Jewel-Osco, Star Market, Acme, and Shaw's, as well as SuperValu's Shop 'N Save, Farm Fresh, Shopper's Food and Pharmacy, and Hornbacher's.

Although the extent of the hack has not yet been clarified, and we haven't yet learned just how many customers have had their card data stolen, it has been confirmed that hackers did indeed access the network.

Not Sure Whether Data Was Stolen or Simply Accessed

A representative from SuperValu has stated that the store is sure that hackers accessed its network, but that they're not sure whether data was actually stolen. Still, we can be fairly confident that if the network was breached then there's a good chance the hackers didn't come to just take a peak around and then leave.

With that said, it is very possible that this could be part of a data collecting effort in which hackers harvest and store massive amounts of data without using all of it at once.

In any case, if the hackers were able to steal credit card information from the network, that means they got away with the cardholder's names, card numbers, expiration dates, and 3-digit security codes of any credit cards swiped at 228 different SuperValu stores between the dates of June 22 and July 17.

Although Albertson's did not specify exactly how many of its 1,060 stores were affected, it estimates that at least 700 were. That's a pretty large timeframe and card base to pull from, resulting in the breach of a huge amount of sensitive data, all of which could potentially be used to commit an absurd amount of fraud.

What Do the Two Have in Common?

Apparently, Albertson's and SuperValu both use the same technology to process credit card payments, which explains why the hackers attacked both stores at around the same time. However, it is not yet clear which store was hit by the exploit first. Representatives from both stores have stated that the security flaw has been patched and their systems are once again secure.

Yet Another Hacking Attack on Large Stores

This is another extensive hacking attack in a long line of data breaches that have been occurring over the past couple years. Target and several other large department stores were already victimized last year, and it was later discovered that the store may have ignored signs of the data leak.

This is all very unsettling news, especially when you consider the fact that about half of the adults in the United States have been hacked within the last year alone!