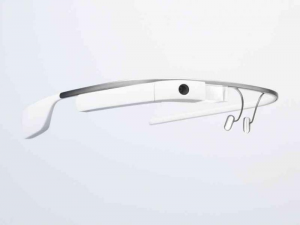 Google has announced that it will be offering an enterprise version of its Google Glass headsets in an attempt to make it easier for companies and organizations to equip their members with wearable computers. If it is well-accepted in the corporate world then the new enterprise edition of Glass could greatly improve mobility and productivity in the workplace by giving workers all of the information and apps they need right in front of their eye at all times.

The Google Glass team has been studying the way people have been using the 'explorer' edition of Glass (which has essentially been the beta version), and one trend that has been noticed is that many users are utilizing Glass headsets to further their businesses.

Although Glass can certainly be used for leisure and entertainment, with a somewhat hefty price tag and plenty of other portable computing devices to compete with (i.e. tablets and smartphones), most Glass users have been entrepreneurs, software developers, and tech enthusiasts. Thus, it makes sense that Google would take steps to cater towards one of their primary customer bases by introducing an enterprise version of Glass for companies of all sizes.

Google Glass was originally expected to be released this year, but after after a few delays it has now been revealed that 2014 will be the year that wearable computers hit the consumer markets. As of now there are more than 8,000 testers using the Explorer edition of Google Glass, and their role has been to help improve the software and hardware of Glass through real-world exploration, trial and error, and insightful recommendations.

Style and Design Concerns for Businesses

Style and design has always been a concern with Google Glass, as many people feel that wearable headsets just can't look “normal.” However, once people get used to seeing these devices in the workplace it could actually drastically improve professionalism and the quality of customer service that company representatives and agents are able to offer. Furthermore, Google recently made a deal with Luxottica (the company that owns Ray-Ban and Oakley) to create more fashionable frames for their Glass headsets, so it is likely that businesses will jump on these as well.

Glass Contending With Myths and Rumors

One issue that Google Glass may have when trying to sell their headsets as a corporate package is that there are already so many bad rumors and misconceptions about the headsets. Google recently addressed some of these falsehoods. With customer perception and image being so important in the business environment it will be important for Google to dispel the negative stigmas that surround the aesthetic and functional aspects of Glass.

Confidentiality and privacy are also essential concerns, as some business may be worried that their headsets could be hacked, allowing competitors or criminals to access private conversations and sensitive data. Overall, reassuring users in the security and style departments will be the most important goal for Google Glass in the coming years.