The conarium, also known as the pineal gland, is defined as an endocrine gland located at the base of the brain and is responsible for the production of melatonin, the hormone that regulates our biological clock. This is the title chosen by the Turkish Zoetrope Interactive for their new horror adventure after Darkness Within.

Inspired by the novel by H.P. Lovecraft "At the Mountains of Madness", the Conarium evolves into a research base in Antarctica. As a scientist, Frank Gilman, you are invited to find out what happened to your team members as you wake up alone and stunned at the meeting room with a strange device knit on your glove. Soon you learn that the purpose of the mission is the effort of scientists to overcome the limits of human consciousness. Gradually exploring the abandoned base, you discover your colleagues' notes, drawings and reports that talk about the emergence of reptilian forms and the exacerbation of symptoms that refer to locked-in syndrome. You often find references not only to previous H.P. Lovecraft, but also in worlds and characters he has created in his past works (Old Ones, Necronomicon), so you lose part of the atmosphere if you do not know them, since they are not analyzed in the game itself. The at least two alternate endings (where you simply choose between yes / no), although they complete the script to a satisfactory degree, are probably predictable for the author's enthusiasts. 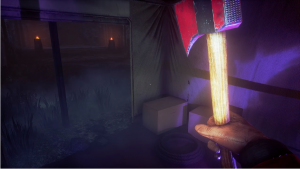 Conarium's gameplay is closer to that of a walking simulator than a first-person point and click adventure. Move around with the WASD keys and left click to interact with the hotspots in the environment, but they only appear when you get close to them. You start with just one lens and your calendar, but along the way you find documents and other items such as rolls for phonographs, even axes. The speed at which Frank moves is normal throughout his exploration within the station, but when it comes to caves where he needs to cover long distances between points then his speed, even when running, is relatively slow.

The scattered puzzles of the game are simple. You are asked to put items you've found in the right order, remember what you've seen earlier, or go back to it to take notes or find the key that opens the locked door. The plot does not evolve through puzzles or dialogues, but by moving from one location to another and reading documents. The dark and mysterious station, with rooms to explore, is just the beginning, but most locations offer low interactivity with few hotspots. Also, in rare cases, Frank is at risk of being killed if he does not react quickly, so frequent save is a very good idea. 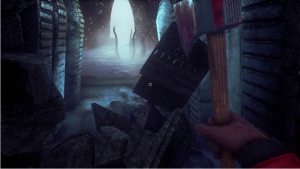 Conarium is available for PC on Steam for $20. It will also be released on both Xbox One and PS4 later in 2017.

Conarium has detailed graphics that put you directly into the atmosphere of the game. Flags waving in snowstorm in the night, dark and slippery walkways and motion blur that brings you closer to the protagonist's experience, it is only a small part of â€‹â€‹the graphics that bring you close enough to a Lovecraftian universe . The same goes for the sound, low and discreet music that changes depending on what is happening around you, follow you everywhere and increase the degree of mystery and terror. The sound effects, such as strong winds, padlocks on locked doors and steps, are as high as possible. As Frank finds himself alone in the station, he  doesn’t often get a chance to talk, let alone discuss, but when he does the speech is clear and strong. 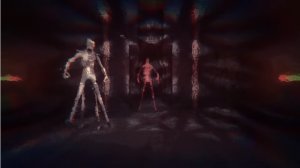 With a duration of about four to five hours, depending on your exploration and meticulousness, Conarium is based on the atmosphere of the environment and the illusions (or not) that the protagonist has. The "action" parts of the game do not match the gameplay, which is a lot more walking simulator than first-person adventure. As in the novel "At the Mountains of Madness", Conarium contains a number of references to previous stories by H.P. Lovecraft, if you do not know them in advance, then you will hardly appreciate them or will you recognize them. This does not mean you will not enjoy it if you are looking for a title of this kind. Conarium may not be able to reach Darnkess Within levels in terms of gameplay and plot, but if you start it yourself one night by wearing headphones in a dark room, then you will definitely experience a special experience. Let us know your thoughts and impressions in the comments below.

Conarium screenshots (above) and trailer (below)