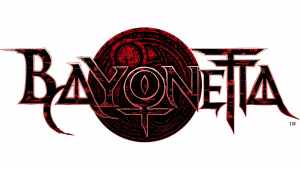 It's been almost eight years since Bayonetta was first released back in 2009, for the PS3 and the Xbox 360, and was very successful with mostly positive reviews and selling almost one and a half million copies. Later it was released for the Wii U, with similar success. What was always missing from the Bayonetta series was a PC version as many wanted to play it but never had the chance because they did not own a console. Until April that is, when Bayonetta's PC version appeared at the Steam online store and caused a frenzy for the fans of the series who rushed to purchase it.

This version is basically an Xbox 360 port, which has undergone some major improvements. We played the Bayonetta version for PC and we'll showcase it below, highlighting the big changes it has undergone in order to cope with the demanding market of today. 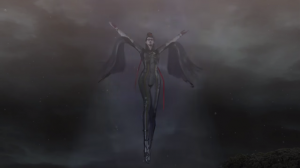 The main character is the witch Bayonetta. All she know at the beginning is that her magic skills are at a very high level without knowing why she has them or when she acquired them. What she knows is that she woke up 20 years ago in a lake and she has no memory of her past. All she has are some scattered images that remind her of some events, but she can’t understand what they are symbolizing. The plot involves the journey she make to recover these lost memories. So, you start a quest to find the answers, during which you will encounter many monsters that will try to hinder you. You will also meet other characters that play a huge role to the story and trust me, the journey is very enjoyable.

The main part of Bayonetta's gameplay is the battles. Bayonetta may be one of the most sexy heroines in video games, but she also knows how to fight. In the world of Bayonetta the witches fight with fists and kicks and at the same time can make use of four different pistols. Two of them in hands and the other two on the shoes. Depending on the battle you can perform close range shoots or from a distance. The hardest part is to avoid your opponents or to block their attacks and make combos (by combining your moves) to cause more damage and collect more money. If you manage to avoid a hit, then you will automatically enter "Witch Time", a slow-motion mode, which gives you a great advantage in battle.

There are various combos for you to make such as ground combos, air combos, even a mix of both, moves that contain transformations (e.g. turn into a butterfly) and more. In addition, if you make many combos, you collect magic points that you can use to perform a special move called "Torture Attacks", to your enemies to cause more damage to them. 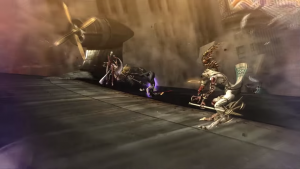 An important aspect of the game is also the items, most of which will be found at Rodin's Gates of Hell store. There are many kinds of items, such as potions that replenish your lost life or magic. There are also weapons, accessories and special items. Weapons are divided in two categories: a) those you collect from opponents after a battle and have a very low durability and b) those you buy from the Rodin store, which can be used permanently. In addition, you can also buy expensive accessories from the store that give you unique abilities, as well as Rodin's special items that give you temporary benefits. But be careful on how you spend your money because your resources are not unlimited.

Bayonetta has many points that are very difficult, regardless of the level of difficulty you choose. Even in normal mode you will need good skills to perform some actions and the challenges are all around you.  Also, there are various difficult puzzles that require you to pay attention to the notes you find. The high challenges in difficulty will be very obvious during the boss battles that in normal mode, are quite demanding and require you to memorize some of their moves to be able to fight them successfully. Last but not least, you should know that Bayonetta loves lollipops, and for this reason she has learned to make her own. With these lollipops you will gain advantages and abilities very useful for the highest levels of difficulty. 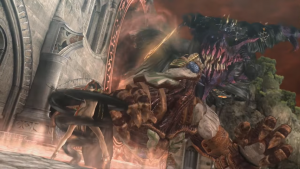 You can find the PC version of Bayonetta (the first game) on Steam for $20. The other versions include PS3, Xbox 360 and Wii U.

The strongest point of Bayonetta's PC version is its graphics. The capabilities of PS3 and Xbox 360 may be good enough, but it's another thing to experience the game in 4K resolution and at 60 fps. The main characters’ designs are thoroughly crafted, and despite how old the game is, there will be instances that the graphics will leave you speechless. Every level is designed in great detail and is completely different from the rest. The animations are also very good with Bayonetta's sexy and provocative moves stealing the spotlight.

Bayonetta's soundtrack includes amazing, high quality tracks with perfect orchestrations. What really stands out is the remix of "Fly me to the moon" which is Bayonetta's main theme and is very addictive. An interesting feature in the game is that you can collect tracks from discs, which when completed, will be available in the library. The voice acting is also top-notch, no complains there either.

Bayonetta may have been released a long time ago, and lets be realistic, it took way too long to come to the PC, but it's still a stunning game with lots of interesting aspects that will entice everyone. We can only hope to see the sequel being ported on PC as well soon. For a 2009 game, it is definitely more than you can ask for and for a very good price. Let us know your thoughts and impressions in the comments below.

Bayonetta screenshots (above) and trailer (below)

#games #review #pc #bayonetta
Comments (0)
< PREVIOUS ARTICLE
How To Find Free, High-Resolution Photos For Any Use
NEXT ARTICLE >
[Part 1/2] How To Take Better Photos On Your Smartphone