Home
Articles
Flagship-Quality Smartphone, OnePlus One Now Available to the Public for Only $300

Flagship-Quality Smartphone, OnePlus One Now Available to the Public for Only $300 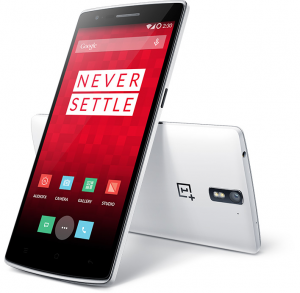 A Shenzen-based company by the name of OnePlus has just released a superb quality smartphone capable of rivaling most brand's flagships, at the shockingly affordable price of only $300 with no contract. To put that into perspective, that's about half the cost of the typical flagship smartphone from Samsung, Apple, HTC, or other major manufacturers, yet the device is said to match the best smartphones spec for spec. The Android-powered low-cost beast of a phone is named the OnePlus One, and up until the recent public release, it was only available via invite.

Everyone Loves the 'One'

The recent announcement on the OnePlus blog revealed that the previously exclusive 'One' would go on sale to the public with no invitation needed, beginning Thursday of this week. The fast-growing company also announced that they would soon be launching the OnePlus 2, which will also require an invite to purchase at launch.

The One has received nothing but stellar ratings from those who have been lucky enough to review the device since its private launch in July 2014. Pundits have repeatedly expressed their intrigue over the OnePlus One's ability to compete with the best smartphones out there in every aspect, from 1080p display to a top-tier design, all the while at a pricetag that makes the competition cringe. Aside from the great specs and low price, we think the inherited moniker “the One” is pretty cool as well.

The Chinese smartphone manufacturer also recently announced the release of their much-awaited Oxygen OS, which is a modified version of Android designed by the OnePlus development team in unison with the Paranoid-Android development team. The new mobile OS for OnePlus phones is currently based on Android 5.0.2, and has been slimmed down from the original Android to create a lightweight environment that still packs all of the essentials.

OnePlus started sending out invites to today's April 20th event via their Twitter feed on the 17th. The invite system once again worked well to generate interest in today's event, just as it worked well for them in the invite-only phase of the OnePlus One launch, during which time the company managed to sell a whopping one million devices in 2014 alone. That's extremely impressive when you consider the fact that the One became available through invite in the 7th month of the year. This year, the newborn company expects to sell an incredible 5 million devices.