Dropbox isn't have a good few days. Now news has started to filter out that some users potentially have lost their data due to a coding error in their Selective Sync application which resulted in files being lost rather than syncing to the cloud. 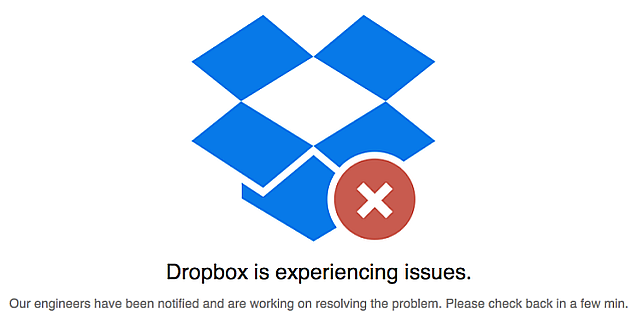 The cloud company has sent out email notices to the individual Dropbox account holders concerned to reach out with an offer of assistance in further attempts to recover their Dropbox files. The company does usually keep 30 days of backups of cloud account files and folders so unless the files were newly added to Dropbox when the syncing issue occurred, most of the files should be recoverable if the backups were successful.

Michael Armogan is one of the people affected by the problem with syncing to the cloud. He received an email from Dropbox and went to his Google Plus account to share about it.

Dropbox Tried To Recover Files But Not Altogether Successfully

The message confirmed that Dropbox made a concerted effect to restore the lost files. It then suggests that they may not have been able to restore all files that were lost and requests the user to look the files over to see the current state of play. Essentially users may get all their files back or they may not despite Dropbox's pledge on their web site about keeping backups. This will be of little comfort to users who lost data because whilst the backups do occur, if the sync function stops working correctly then the files don't reach the cloud in the first place and so therefore can never been backed up by the cloud company. Catch 22.

Dropbox has offered a free one year subscription to Dropbox Pro as a form of compensation. They also confirmed in the email that the cause of the issue has been determined and the problem fixed. Additional testing is to be conducted regularly to ensure this does not happen again.

It is odd that so far Dropbox have not gone public with the issue. There is presently no mention of the data loss on their blog, Facebook or Twitter feeds.

Dropbox has had problems with security in the past. Back in 2011 accounts with the cloud provider were left unsecured for several hours where anyone could log into a customer account without any security credentials at all. This incident caused many users to switch to doubt the cloud company and switch their important files out to another cloud provider.