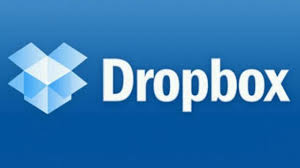 DropBox, the popular cloud storage and file transfer service that has become known for letting you quickly store and share files online in a private peer-to-per interface, has apparently begun scanning all shared files to see if they match up against previously hashed files that have been subject to DMCA (Digital Millennium Copyright Act) takedowns.

Files that are flagged as having a DMCA complaint against them are automatically stopped from being shared and the following error message is being shown: “certain files in this folder can't be shared due to a takedown request in accordance with the DMCA."

How It All Started

The controversy surrounding this issue started when Tweets started surfacing stating that the DropBox service was automatically restricting certain files and even links from being shared. Since the takedowns were almost instant it was clear that there was no manual moderation going on, but rather DropBox has developed an automated system for matching newly uploaded/shared files to hashed files that have already had DMCA complaints lodged against them.

Many DropBox users have expressed disappointment, stating that the content of their files should be private and confidential, considering that this is a paid service. DropBox has been used as cloud-based external hard drive by many people for a long time and direct, uncensored person-to-person sharing has always been one of its most appealing features. However, with advent of the recent anti-piracy update many users are already considering other alternatives as the primary advantages of the service – privacy and direct sharing – have been largely negated with the implementation of this new censoring algorithm.

Perhaps the most offensive part of all this is that the share-blocking is not actually being done in response to legitimate takedown requests on an individual basis, but rather the files are being restricted form sharing instantly based on past complaints. There is no manual review that takes place and there is no recourse that can be taken to get the file shared.

You Can Store Copyrighted Material But Not Share It

Although sharing copyrighted material is indeed illegal in most countries in the world, the fact of the matter is that DropBox has attracted a large customer base mostly because it allows for the direct, private, and speedy transfer and storage of larger files, which in many cases are ripped movies and music albums. While users can still store copyrighted materials and files that have DMCA notices against them within their own account, they are not allowed to share these files with other DropBox users. So you can upload copyrighted content but it can't leave your account.

Hash-matching Not New to DropBox

Hash-matching algorithms have already been used by DropBox for a while as a way to detect and eliminate duplicate file uploads. Basically, DropBox can tell if another user has already uploaded the same exact file that you are trying to upload, and if so they would simply provide access to that previously uploaded version of the file within your account, rather than letting you upload your own unique version of the same file.

Apparently the tech department is now using this concept to come up with more advanced ways to enforce their copyright policy, which states that "you do not have the right to share files unless you own the copyright in them or have been given permission by the copyright owner to share them."

Will This Be The New Normal?

DropBox has responded by essentially stating that the the new precautions are not the fault of their policies but rather that international piracy laws are requiring them to take every measure against sharing copyrighted material. In this sense, DropBox is taking the position that they are protecting their own company from legal repercussions that could arise if they fail to effectively limit the sharing of pirated content. Many legal experts and tech enthusiasts believe that this hash-matching technology could be the future of piracy prevention within most major peer-to-peer file-sharing networks.