Can DualShock 4 change your emotions? 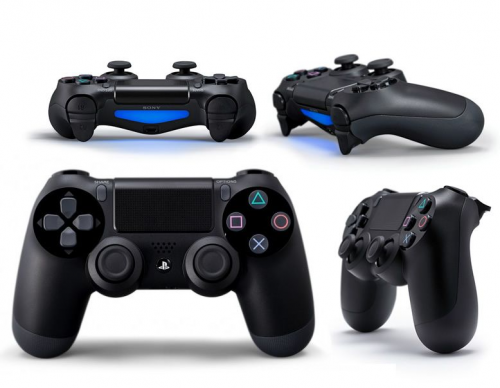 Different views of the DualShock 4

Along with the relatively fresh release of Playstation 4 come many cool tricks that players like to explore.

The DualShock 4, which has a new design but doesn't completely cut ties with older DualShock controllers by keeping some of their features (such as the side-by-side analog sticks), introduces the light bar, which is used to communicate with the PS camera (sold separately) in order for it to sense your position since the controller is motion-based. In addition, the light bar emits different colors for different in-game statuses; for example, it can represent your health status (green for full health, yellow for being injured and red for having critical health status or being dead). 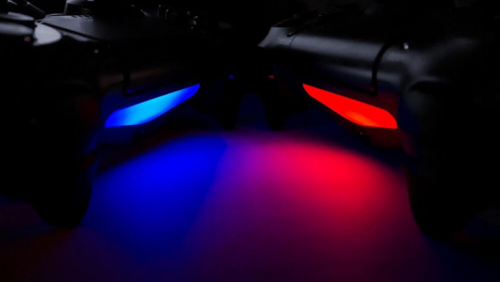 Blue/Red colors coming from the light bar of the DS4

However, the developers at Sony have more than a couple of reasons when implementing a feature in their devices, and in this case they claim that the light bar can actually have an effect on the player's mood under certain circumstances. When playing in dark rooms, the players get sucked into the game since there are no other distractions in their surroundings, as a result feeling stronger emotions related to the game they're playing. What the light bar does in this case is actually make those emotions even stronger by colorizing the dark environment accordingly and thus having an impact on the player's mood. Scott Rohde, Senior Sony Vice-President wrote in a recent blog post:

"A lot of gamers, myself included, like to play in some dimly lit rooms. And when you’re playing a game and the whole area around you changes color slightly based on what that light bar is doing, it’s not something you’re staring at and your expecting, but it changes your mood and it changes the way you feel when, whatever it is, when you fire a button, when you step into an area where you are in a cold blue area – think about Journey. You’re in a cold blue area, and then you move into more of an orangey earth tone – a warm area. And that controller is coming with you.

When the whole room around you is sort of suddenly changing from the blues and greens into the oranges and yellows, you might not really even know what’s happening, but your whole sense of immersion is definitely greater. It’s a really good thing. I get really excited about that color bar."

Now, whether it really does influence a player's mood during gameplay or not, is up to the player himself. Some players love stuff like this and like having their emotions changed the way the game developers want them to, whilst others just want to enjoy the game without giving much importance to the light bar and its colors. I, for once, don't have a PS4 (not yet, at least) but I can see myself enjoying the full Battlefield 4 experience without the help of the light bar.

What about you? Do you think the light bar has an effect on your emotions while playing (or do you think it would have)?

#games #ps4 #news
Comments (0)
< PREVIOUS ARTICLE
How to download Windows 8 and 8.1 from Microsoft using your existing license key
NEXT ARTICLE >
The "Cloud" and "Cloud Computing" explained