2048 is a new online puzzle game that will engross you and kill all your productive hours if you make a mistake and try it out during your working day. Since the game is online, you can play it from any device, and all you have to do is use the arrow keys to bang the tiles of the same number to join them. Namely, if you join 2 and 2, you will get 4, if you join 4 and 4, you will get 8, then 16, 32, 64, 128 and so on, and the ultimate goal is to get 2048. Simple as that, but the game is incredibly difficult to win. It is extremely fast and unapologetic, and even so, you get addicted and driven to score better in each round, so it is not frustrating or aggravating when you lose. 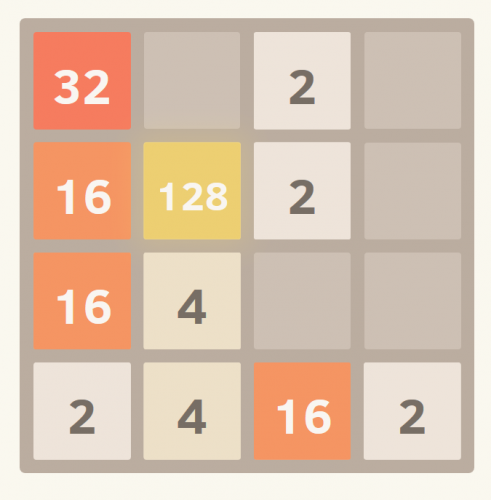 The game gives you a feeling like you’re doing some basic arithmetic, and yet, 2048 is less demanding than the notorious Candy Crush. It does not require any clicking, so the motions feel very smooth. It will take you tremendous willpower to let go, and unless you possess it, you will get sucked in, head over heels.

The game’s creator reports that ever since he posted the game, about a week ago, users have been playing it for the time of over 500 collective years. Gabriele Cirulli is only 19 years old, and the native of Italy, reports the stats from his website that 2048 has been played 42 million times by more than 4 million people. And that statistics is only for the first week since the game’s launch. It means that not only a lot of people are visiting the game’s website, but they are also playing the game again, and again, and again.

People’s twitter feeds get flooded with 2048 scores, both praising the game and also cursing the app for ruining their productivity. “Help” and “I can’t stop” are widespread comments associated with the game.

Some noted that the game is somewhat similar to the popular iPhone and Android app Threes! while the developer himself says he was inspired by the web game also called 2048 and an app 1024! “I made my own version, just for fun in a weekend, as an attempt at building something enjoyable. I really wasn’t expecting the amount of attention it would get. I really liked 1024, but I felt like the pace was a bit slow, and that was one of the reasons why I built 2048,” he said.

If you try out 1024, you wouldn’t be able to help but agree that it is slow, indeed, and this makes it less fun. In addition, it makes tile clunking somewhat more difficult while the slow pace makes you think more than you should.

The developer says he doesn’t have any plans to monetize the game, “I feel that I shouldn’t do that for ethical reasons: I think that it would be unfair to profit from the concept that I didn’t invent. The fact that 2048 is open source also means that it’s easy for anyone to get the code and package it as a mobile app. I have no problem with that, but it also wouldn’t make much sense to publish an app when many are already out there. My current strategy is to keep refining the web version, which is also playable on mobile.”

In terms of addiction and speed, 2048 reminds the late Flappy Bird (planning a comeback) – it moves at supersonic speeds and provides instant satisfaction, and that’s what makes these games so addictive.

The developer thinks the game is so popular because “it is very unforgiving, which leads you to easily messing up the match and having to start over, but it doesn’t make you feel bad about it.” The game is indeed very hard to beat. The statistics show that with more than 42 million games played, only 347,000 games were actually won. A seemingly discouraging statistics; it doesn’t stop you from getting engrossed in yet another round. 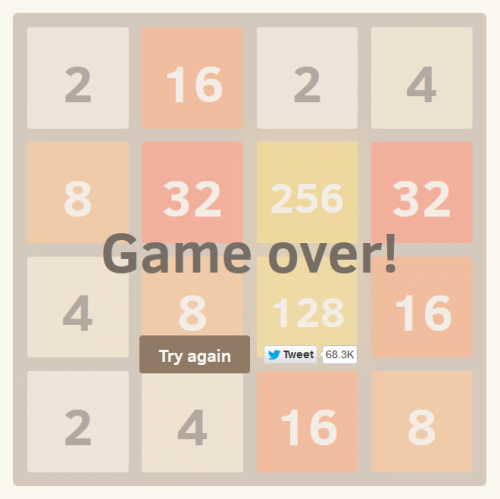 A game like this makes it possible to play on an endless loop as fast as your fingers can allow you, offering you all around satisfaction. Try it out, but make sure you do it after work.