To make things easier to follow, let's start with an example of such a file, the Thumbs.db file on the Desktop. Thumbs.db is a thumbnail cache used by Windows to display thumbnail images faster. If you don't see such a file on your desktop, you probably have regular hidden files and system files set to not be shown in Folder Options. Follow this tutorial to make them visible. 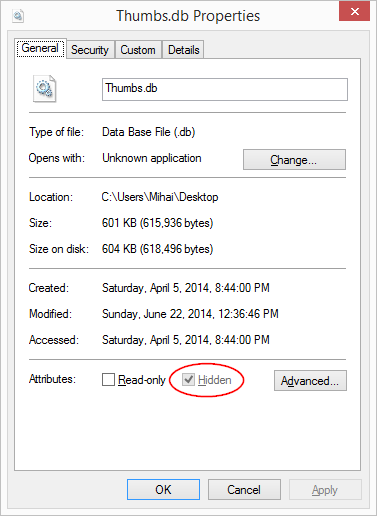 If you're still not seeing a Thumbs.db on your desktop then maybe you never placed an image on your desktop before, or maybe you just have thumbs turned off, or other scenario. In any case, you can use any hidden file with this tutorial, as long as it is not being used by another program while we try to temper with its attributes.

I will use Thumbs.db on my desktop as the example. Right-click on your file, choose Properties and you'll have a window similar to the one above. Notice the location of the file "D:\Users\Mihai\Desktop" - we'll use that later on.

We'll first take a look at what attributes the file has

We'll use the command ATTRIB to show and change the attributes of the file. Typing attrib /? in cmd will show us the list of available parameters. You can use uppercases or lowercases to type the command and its attributes, it works either way. 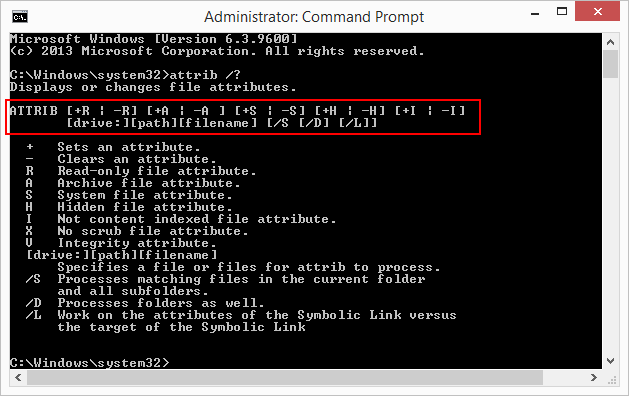 Next, type attrib "the full path of the file or folder" - it must include the extension of the file and it can be without quotes if no spaces exist in the path.

In my example, I typed attrib "C:\Users\Mihai\Desktop\Thumbs.db". This will show the current attributes of the file, which in my case are A(archive) S(system file) H(hidden) I(not content indexed).

So instead I must type attrib -h +s "C:\Users\Mihai\Desktop\Thumbs.db". This will remove the H attribute and keep the S(system file) one.

That's it. The file no longer has the Hidden attribute, as you can see by right-clicking on it and choosing Properties. 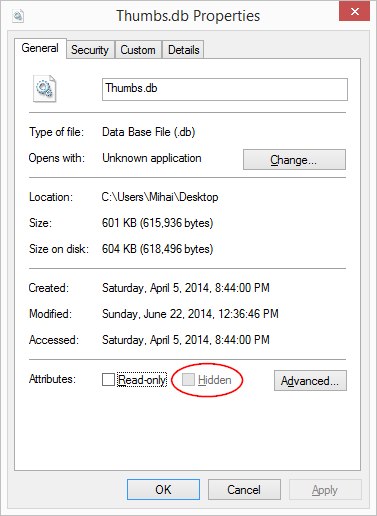 That's it. If you have questions, don't hesitate to leave a comment.